Mindfulness for Schools and Universities - The Desperate Teenager and How Far Will He Go? 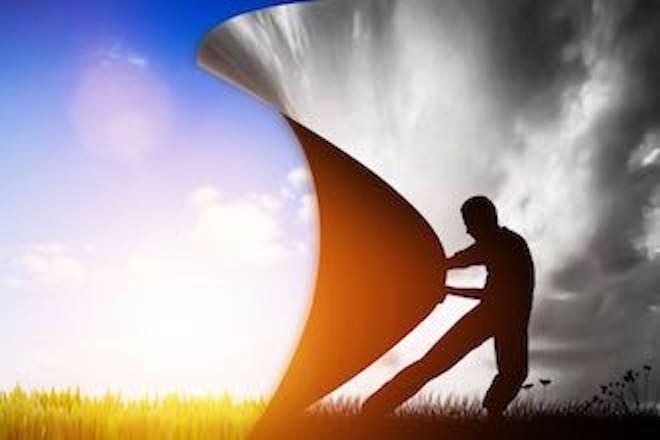 As a fresh medical graduate working in the wards, I used to be horrified at the sight of young suicide survivors being escorted to hospital in handcuffs by the police and locked up in a holding cell. Once, a senior nurse, who noticed my disturbed complexion, discreetly explained to me that attempted suicides were legally designated as a crime in Singapore because our society believed in its responsibility to actively oppose people from taking their own lives.

However, it was difficult for me to grasp the underlying rationale. How would the arresting of a traumatised individual, who had just narrowly escaped death, and handcuffing him to the hospital bed help to heal his hurt and resolve his emotional issue? How much, if at all, would the giving of police statements like any other criminal suspect and the penalty of a monetary fine with a police warning contribute toward assisting him to move on in life?

Subsequently, I chose to take up surgery as my specialty interest and never anticipated that I would ever be involved in psychological medicine issues later in my career. One day, something took me by surprise. Someone passed me a ten-page script of the story of a student suicide written by the victim’s sibling.The elder sibling, who was in agony and feeling guilty for not being able to detect the brother’s suicidal inclination earlier, asked for the story to be shared. He has, in the meanwhile, been blogging about his feelings as a way of managing his anxiety, with the hope of preventing similar disasters in others.

The person who passed me the script was the founder of a charity organisation. She was earnestly looking for a healthcare professional who could help her to edit the text and expand it into a small booklet/pamphlet that can be used as a motivational literature. I saw it as meaningful and acceded to her request without second thought. Soon we were our journey together, delivering talks and creating awareness in schools and parents on the topic of student stress.

Another surprise came a year later. It turned out that suicide victim had a very close classmate and friend in school who had quarrelled with him over schoolwork on the same day of the fateful event. His sense of guilt was overwhelming, and he slid to depression while resorting to self-harm to cope with his anxiety. After struggling for a year, he decided to write his version of the suicide story. He then submitted it to the same charity organisation.

Upon reading the second script, we obtained a near-complete picture of the stressful circumstances surrounding the suicide. Working with the same organisation, we decided this time, to embark on a 180-page book that would not only include a narrative but promote the use of mindfulness as an approach to developing emotional resilience. The book was eventually published and with the title: “Bend Not Break.” It was a success. For some reason, it caught the public’s attention and the Minister of State for Health graced the occasion for the book launch. At the same time, there was a request for a press interview. Then, a third surprise came. On the day of the media interview, a lady in her thirties joined the interviewer group as an outsider.

I later found out, to my shocking knowledge, she had been planning for her own suicide for some time. On the previous day while clearing her email on her computer for the last time, she chanced upon the announcement of my book launch. She decided to put her decision on hold and came looking for me. After the interview, we had a long and fruitful chat. Since then she has stayed alive to this day.

The topic of mindfulness gathered momentum. Subsequently, after the book launch, the local School Counsellors Guild invited me to deliver talks on the use of mindfulness in schools. At that time, the rising number of student suicides was a significant concern. The counsellors reassured me that mindfulness was being increasingly accepted by the educational sector as a beneficial, secular practice. It almost seemed like a synchronicity. At around the same period, a publisher was looking for someone to author a book on mindfulness in the educational environment, to focus not only for learning retention, but also on the need for managing stress and developing resilience. I gladly obliged.

Suddenly, in the midst of my writing work, another breakthrough came. As of 1st January 2020, attempted suicide has been decriminalised in the country!