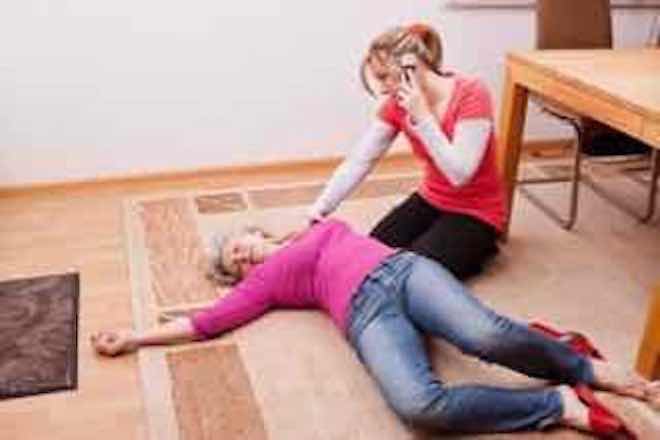 “It’s really happening!…But the doctors just do not believe me!” It was the voice coming from a very exasperated patient who had just been admitted to the hospital because she had a syncope once again, for an unexplained reason.

I was then a young surgeon in training in my Neurosurgery rotation when the incident happened. A 32 year old lady had been seriously incapacitated by sudden, recurrent attacks of syncope that had left her unconscious for hours. She would either wake up finding herself in hospital or lying unnoticed on the floor at the apartment where she lived alone. She had a relationship issue but elaborated very little. For months her fainting spells had been unpredictable and frightening, practically disabling her day to day life.

The neurology specialists in the hospital ordered a series of biochemical tests, brain scans and EEGs but could detect no abnormalities in the test results. The genuineness of her symptoms was in doubt and the inclination was to label her as mentally ill. The patient was eventually transferred to an endocrinology unit for further tests, and I never saw her again….

However! It was an unforgettable incident. As doctors, we did sense a “missing link” in our diagnostic armamentarium, but this was hardly ever admitted. Interestingly, medical teachers traditionally do recognise the existence of the mind/body connection but they stop short of exploring disease along this line. With increasing pressure from medical science advances, it is understandable that they feel morally obliged to confine their medical diagnoses to the somatic level, and not beyond. Exploring causative factors at the emotional and psychological realms was considered taboo. They did not have the appropriate tools to deal with those problems anyway.

After three decades of hospital practice, I decided to learn hypnotherapy because by then I believed that maybe where the missing link could be. Motivated by the holistic nature of the healing art, I decided to also master the specialised skills in regression therapy. Soon, the results of regression therapy quickly amazed me. There were consistently positive outcomes in patient after patient.

One patient was recovering from a thalamic stroke and walked into my clinic one day complaining about a pathological sensation of coldness on one half of his body. That prevented him from returning to work as a van-driver because he was unable to tolerate the cold air blowing from the vehicle’s air-conditioner. After a single session of hypnotic suggestion therapy he walked out of my consultation room symptom-free. Another patient with Tourette syndrome who suffered from irritating facial tics for twenty-two years despite medication was lapsing into depression. After undergoing seven weekly sessions of regression therapy, his tics vanished for the first time.

One day, I received a call from a former medical teacher in Neurology. His daughter, a family physician herself, had been troubled by intractable symptoms of Irritable Bowel Syndrome and was rapidly losing weight from her frequent diarrhoea. The father was planning to send her home to return to Sri Lanka for homeopathy, but on second thoughts decided to ask me for help. She went through eight sessions of hypnosis and regression therapy and became symptom-free.

Then more patients found their way to my clinic through word of mouth. One of them was a victim of a traumatic amputation of two of her fingers and suffered severe phantom-limb pain that prevented her from sleeping at night. Three sessions of regression therapy was all she needed for her phantom pain to vanish. Another patient with severe migraine who had been dependent on daily medication for 30 years came in desperation. Then she suddenly experienced the joy of a six-week pain-free interval after some catharsis from her therapy. In time, I eventually concluded that it is the emotional basis behind clinical symptomatology that has been largely overlooked in conventional medicine. However, it is an ingrained habit this is not easily changed.

One day a Nursing Sister from the Neurology ward called me for help with one of her patients. This was a 25 year old girl who had been incapacitated by repeated attacks of syncope. She had just fainted at her workplace and was admitted through the emergency room. She had a background history of childhood trauma and severe abuse by her husband, accompanied by insomnia for past three years. She had undergone three abortions, developed dissociative amnesia and suicidal tendencies and was lapsing into depression. And alas, this is a familiar story, bringing back memories of my neurosurgery rotation three decades back.

I felt impelled to help. The ward doctors could find no abnormalities with her EEG and CT scan and inferred that she should be well enough to return to work. I thought otherwise and got down to treat her immediately and intensively with regression therapy. It was a life-changing experience, both for me and the patient, because the use of such therapy in such circumstances was a voyage into uncharted territories. But there was no time to lose…after several days of therapy her roller-coaster emotions became more manageable. She had learned to forgive all those people who had wronged her.

By the 18th therapy day she achieved a dramatic recovery that took everyone by surprise. She stopped fainting, was able to recall all her repressed memories and decided to move on in life. It was a proud moment for both of us. At her request, I agreed to document the story of her clinical breakthrough in the book Healing Deep Hurt Within.